'We live in a town where there is still a lot of racism,' Collingwood, Ont. organizer says 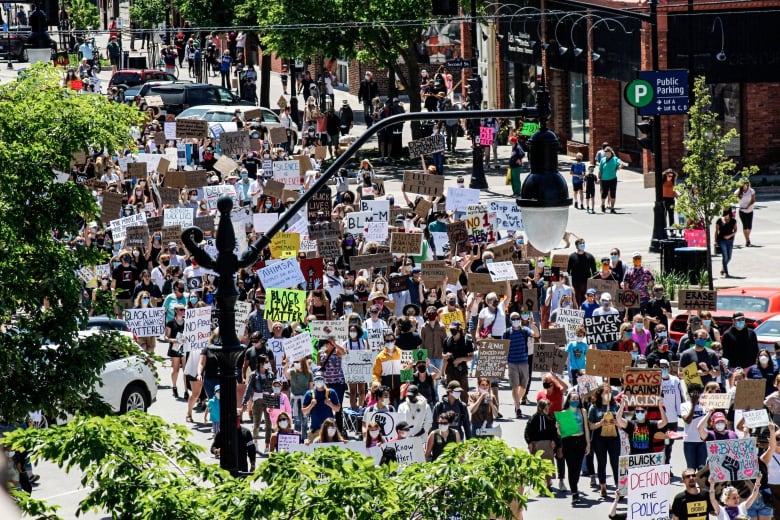 Only about 20,000 people live in Collingwood, Ont. Some of Trinity Stephens' friends stayed home because they were nervous but now are keen to participate because of the support they saw. 'If you care, then it shows other people that they should care.' (Submitted by Tom Hannan)

The area's Black population has a storied past, chronicled in a local Black history museum called Sheffield Park.

Trinity Stephens touched on her experiences with racism during a speech at that protest. She said much of it happened at a local high school, where her teachers didn't always stop it. She didn't have a speech prepared and said she spoke from the heart.

"I really didn't realize that I had all of that inside of me," she said, home from her studies at University of British Columbia. "I feel so much lighter."

She too was "shocked" by the turn out and didn't think it was very common for Collingwood. Both Stephens and Ficko plan to attend another protest in town this weekend.

"It makes it more of an accepting place," she said. "This is definitely a new step forward for Collingwood." The Town of Collingwood has released a 7 Step Checklist to help business get back to work - safely!

To learn more WATCH THE VIDEO